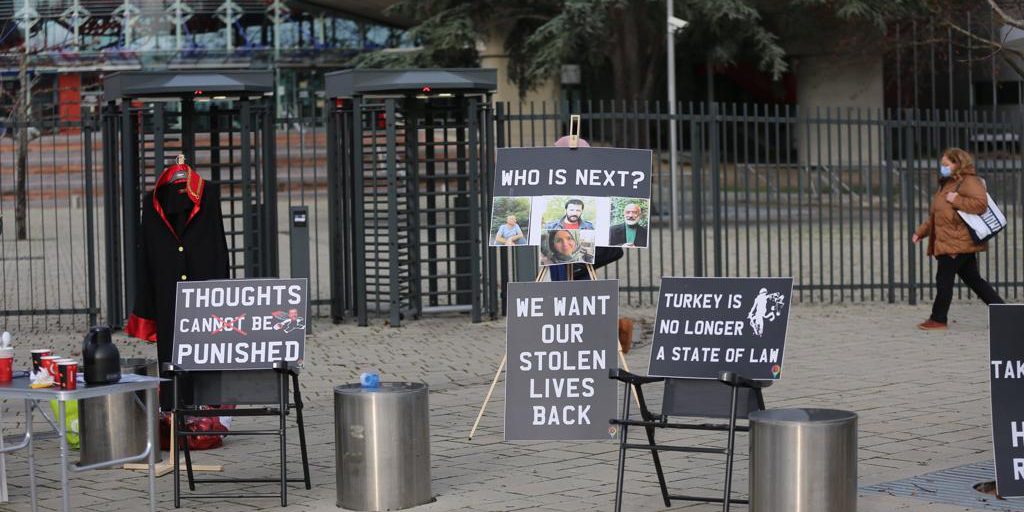 As the Movement for Unconditional Justice, we stood our 7th watch in front of the European Court of Human Rights (ECtHR) on Friday, January 8th. The watch, in which 4 people attended due to the pandemic, lasted 2 hours.

As the Movement for Unconditional Justice, our request, which we want to reiterate on the occasion of 10th of January – Working Journalists’ Day, is to make a decision as soon as possible about the applications pending before the ECtHR.