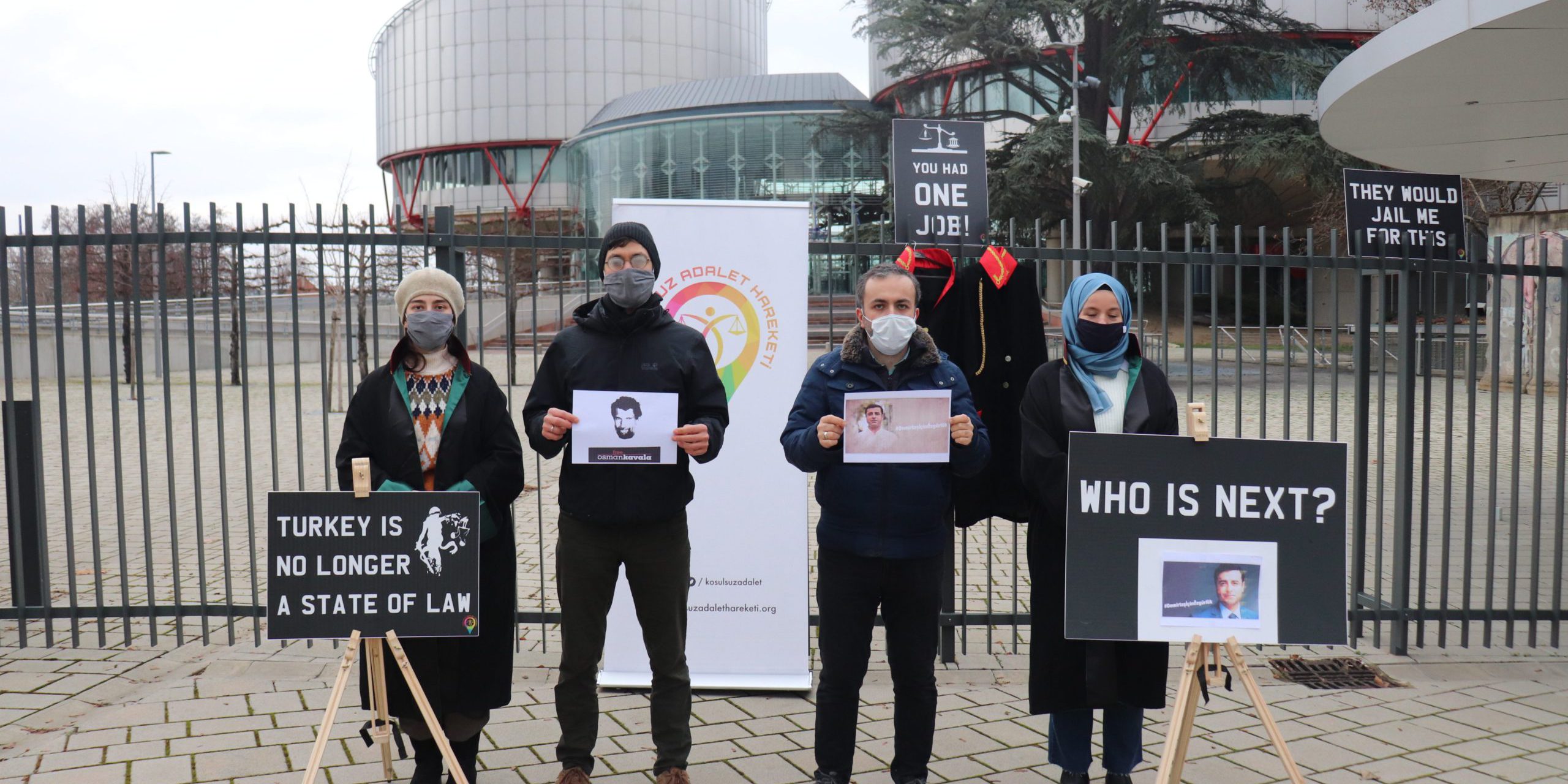 We stood our sixth watch in front of the European Court of Human Rights (ECtHR) on Friday, January 1st. Due to the ongoing of epidemic, our watch lasted 3 hours with 4 attendances. During the watch;

As a result, we invite the Republic of Turkey to comply witch the international conventions it pledges to implement. At the same time we also remind that the Council of Europe that failure to comply with the contract under which Turkey is committed to abide by and court decision at any time threatens the system of European Convention on Human Rights and the European Council. The decision of the ECtHR on Selahattin Demirtaş is quite satisfactory. However, after this progression, we invite you to review to other pending applications for the reasons mentioned above. We invite you to take the necessary steps for the execution of dozens of decision that are final orders but not implemented, like the Demirtaş Decision of the Council of Europe.