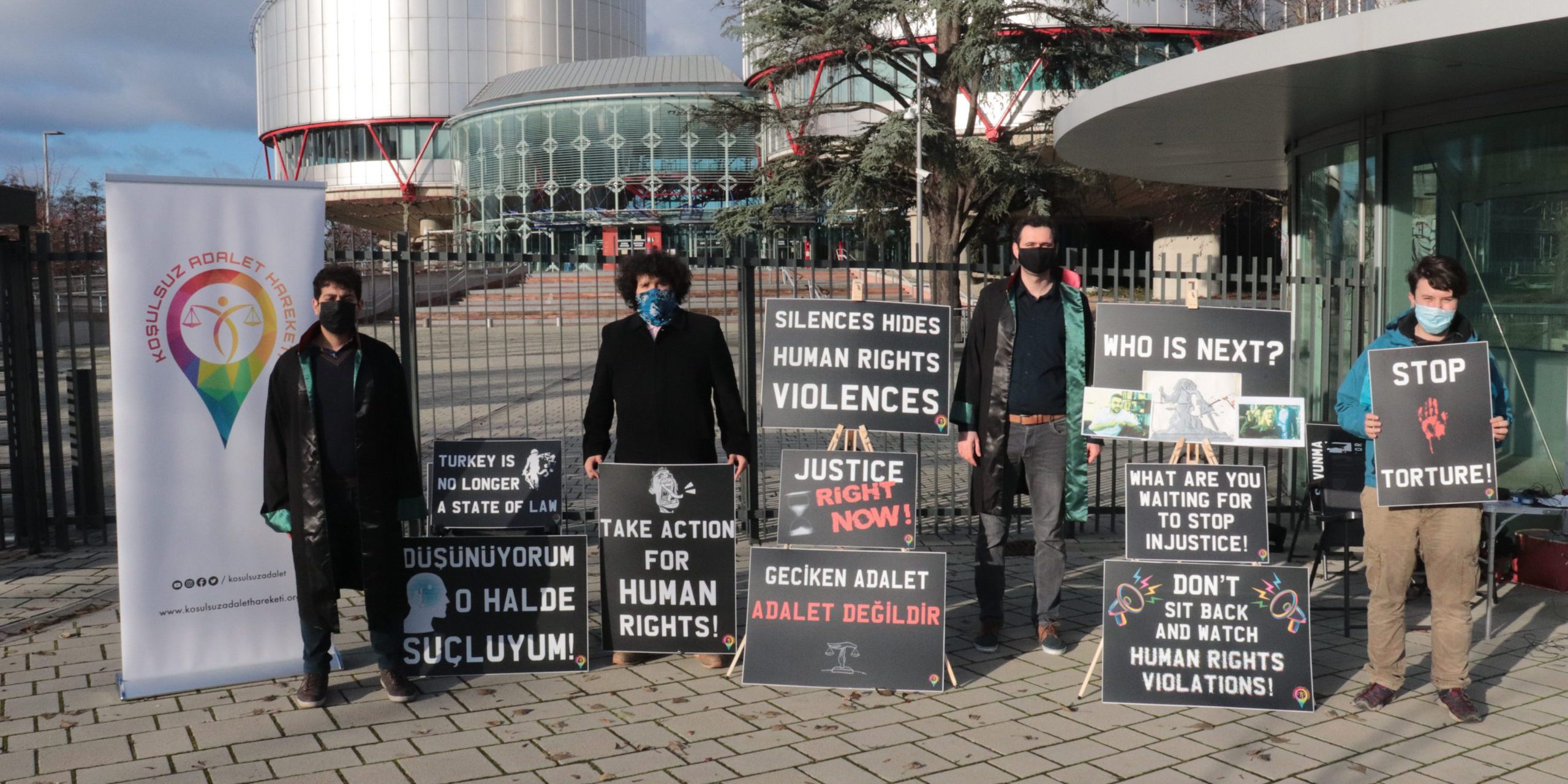 As the Movement for Unconditional Justice, we stood our 5th watch in front of the European Court of Human Rights (ECtHR) on Friday, December 25th. The watch, in which 4 people attended due to the pandemic, lasted 2 hours.

As the activists of the Movement for Unconditional Justice, we cry out that this treatment of arbitrary strip search using as a method of punishment and intimidation, especially on dissidents, is an unacceptable method, and call on responsible state agents and prison administrations to immediately put an end to this unlawful treatment and return to the principles of the universal law.